Back on track, ”off season” and my first ever Coach! 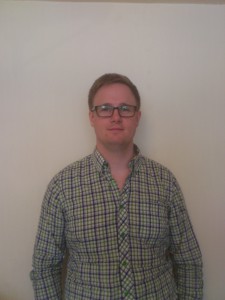 The post race blues is something that every athlete sooner or later encounters after a big race. This time it was a bit procrastinated since we had an amazing time in Oz after the race. However, when coming home, standing on the scale and realising that I’ve gained 6 kg in two weeks the blues set in. But this time it kind of let go of me after 3 days… ”I’ve chosen this, it’s off-season, I’ll be back stronger and fitter than ever”. Now some of you might think ”6 kg in two weeks, that’s impossible” and for most people it is. For me, who in ”recent” times have weighed 112 kg, it is not unfortunately. This might be new to you, it was for me before my friend Erika Rosenbaum enlightened me about it last year, but when loosing weight you’re actually not loosing your fat cells, you’re only ”draining” them. This means that if you’ve once been fat, it’s easy to put on that ”fatty sweater” again… Life is unfair, I know. 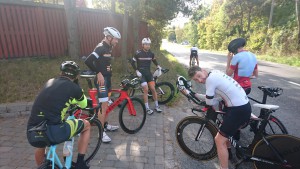 Waiting for all the athletes to complete their 30 km TT

Just before we left Australia I got word of that our time trial club championship (Terrible Tuesdays) was going to be held the weekend after we got home… Great, 3 weeks of no training whatsoever, 6+ kilos… That’s going to be fun. Just to jolt back my body into training mode I did a couple of runs and two commutes on the CX to work the week that we got home and man was my body out of shape! However on race day I somehow managed to pull out some speed… 30 km of TT riding, 318 W Np, 41,9 km/h average and a 4th place trailing behind Adam Stenman 1st, Petter Gisslen 2nd and Johan Granath 3rd. Not to shabby for off-season legs… 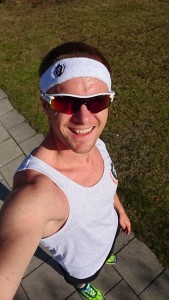 Enjoying lunch running in the early fall in Stockholm

So, what’s my plan then? I won’t reveal my season 2017 just yet, other than that my training starts in the end of December, however I will tell you what I’m doing up to that point. The main goal is to build a strong body to be prepared for an IRONMAN distance and the training that is involved with such. So my plan was to ”just” do P90X in the evenings with my wife after the kids are put to bed. Then I had a meeting/run with my new (first ever for me) coach last week… As I’m going on paternal leave from January on next year, he insisted that we put a lot of effort into the running during this fall before I start my base training for real. This resulted in me having 14 hr training weeks (16 sessions) in this years ”off-season”…

So a typical week consists of the following at the moment; 6 strength workouts (60-90 minutes each, all from Yoga to pure Push-ups and Pull-ups), two days of commuting to work on the cyclocross (total of 104 km), 2 swim sessions before work (between 2000-3000 m) and 4 run sessions. It’s a lot of training, but it feels really good! 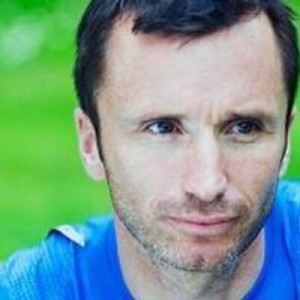 Now I mentioned that I’ve gotten a coach for the first time… So far since the fall of 2013 I’ve been managing my own training and evidently it’s worked out well. I think the main thing is that I’ve learnt a lot, both about myself but also about managing training in theory and practice. Now, I had a plan to get a triathlon coach for next year to help me transition into full distance again, but since I’m going on paternal leave I figured that I won’t have the time to put into a full on triathlon program… So, I’m focusing on my running. Don’t get me wrong, I’m going to be swimming 3 times per week and cycling 3-4 times, but those I will manage myself. It’s the running that my coach will manage; plan, follow up and adjust… Now who is this guy?… Rubin McRae from Urban Tribes. It’s going to be awesome to see where he can take my running and hopefully by this time next year, I will be running in parity with my swimming and cycling.